Who is liable in a rear end collision? 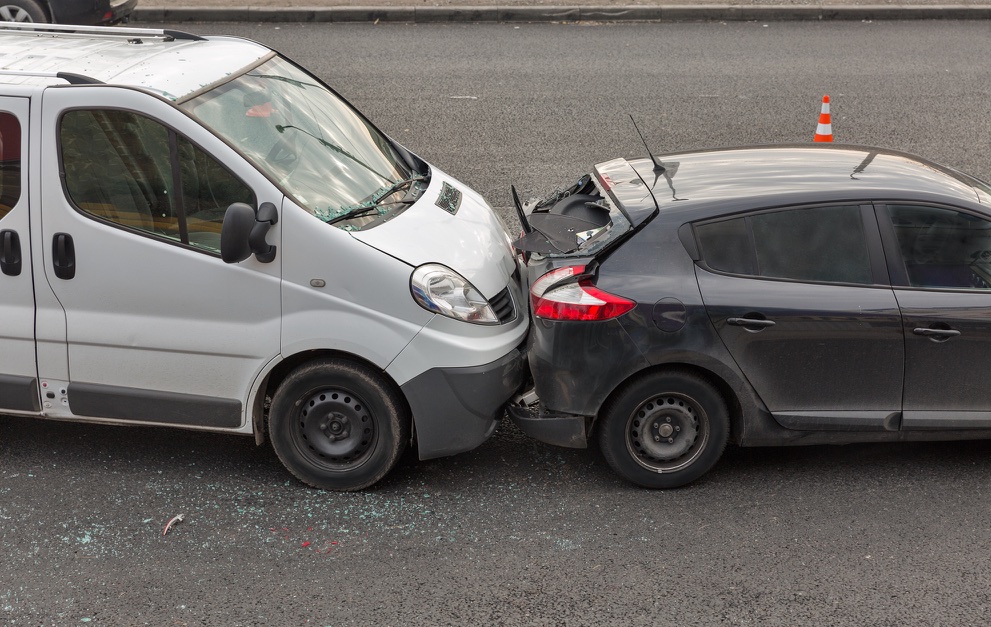 If you are involved in a rear end collision, you will likely want to know who is being blamed for causing it. Generally speaking, car crash victims are only allowed to collect compensation for medical bills, lost wages and other damages if those losses were the result of another party’s negligence. In the event that your vehicle was struck from behind, it is likely that the driver of the other car is liable for any damages that you incur.

The law generally assumes that you will remain focused on road conditions whenever your car is in motion. Therefore, if the vehicle in front of yours comes to a stop, you should be able to come to a stop as well before a rear end collision can happen. If you are unable to do so, it likely indicates that you were following too closely or driving too fast for road conditions.

Conversely, if your car is struck from behind, it likely indicates that the driver of that car, truck or van was acting in a negligent manner when the wreck occurred. However, there may be mitigating circumstances that might reduce an individual’s liability in the aftermath of a motor vehicle accident.

Was There a Problem With Your Car?

Mechanical issues with your vehicle may make it impossible to avoid a rear end collision despite your best efforts to avoid it. For instance, if the brake lines weren’t properly bled after you had the brake pads replaced, it could result in a loss of pressure. This lack of pressure may render your car unable to come to a stop in a timely manner.

What Happens If an Advanced Safety Feature Malfunctions?

It’s important to understand that advanced safety features are not meant to replace your eyes, ears and brains. This means that you can’t blame your car’s emergency braking system for not working fast enough when you were following another vehicle too closely.

What Were Road and Weather Conditions Like When the Rear End Collision Occurred?

Typically, state authorities are supposed to ensure that major highways are free of snow, ice or other debris that can make driving hazardous. Local authorities are generally responsible for making sure that residential streets, side roads and similar routes are reasonably safe to travel on.

If you are in a rear end collision because your tires weren’t able to get sufficient traction, the agency responsible for clearing the roads may be liable for another driver’s actions. The same may be true if another vehicle strikes yours from behind because the roads were too slippery.

However, road crews are typically required to lay down sand, salt or other materials before a storm, extremely cold weather or other hazardous conditions arrive. Your car accident attorney will likely review weather reports or other data to determine if the government created conditions for a crash to occur.

Did the Other Driver Act In an Unsafe Manner?

Let’s also say that the driver decided to suddenly apply his or her vehicle’s brakes without warning. If this was done to avoid an object in that person’s path, he or she would be within his or her rights to hit the brakes. However, if this was done in a willful effort to cause a wreck, that individual would likely be liable for any damages that you incur.

Furthermore, you may not be liable for an accident caused by a motorist who collides with your vehicle while traveling in reverse. Finally, other drivers have a duty to use turn signals, hazard lights or other indicators to help you better understand their intentions. Often, a failure to use these indicators is a violation of that duty and considered to be a reckless or negligent act.

How Do Authorities Determine How an Accident Happened?

Authorities will also likely take pictures of the accident scene as part of their investigation. Depending on the severity of the crash, accident reconstruction professionals may be called upon to provide their opinion as what caused a wreck to happen.

Based on the information gathered at the scene, the officer who responded to the accident will make a tentative determination of fault. He or she may also issue traffic citations to anyone who may have been speeding, distracted or otherwise in violation of the law just prior to the crash.

You Will Likely Hear From Your Insurance Company

It’s important to note that your insurance company may not agree with the officer’s initial assessment. The insurance company for the other driver may also have its own opinion about how the crash happened. There is a good chance that these entities will conduct their own investigation into the matter.

As part of the investigation, you will likely need to provide a written or oral statement. It’s generally a good idea to do so with your attorney present to ensure that you don’t say anything that might be used to imply that you are liable for a crash that someone else caused.

While you are typically required to make a statement to your own insurance company, there is no requirement to talk with the other driver’s insurance provider. In fact, it is generally not in your best interest to talk about the case at all outside of your attorney’s office.

What You Need to Know About Comparative Fault Laws

The state of Texas uses the modified comparative fault system when determining how to assign blame in a motor vehicle accident case. Comparative fault laws say that a driver is entitled to damages if he or she is less than 50% responsible for a given accident.

For example, let’s say that a jury determined the other driver in your case is 70% liable for allowing it to happen. In such a scenario, you would collect 70% of any compensation awarded by that jury while the other motorist would collect nothing.

If you disagree with a jury’s decision, you may be able to file an appeal. It’s worth noting that interest will likely accrue on any amount that either side is ordered to pay while appeals are being heard.

The easiest way to prevent a rear collision from occurring is to maintain an adequate following distance at all times. Assuming that you’re traveling at 55 miles per hour, you’ll want to stay at least 240 feet behind a car, truck or motorcycle while driving on a dry road. On a wet, snowy or icy road, it may be best to increase that distance to about 300 feet.

It’s also a good idea to scan the road for any vehicles that might be about to pull out into traffic. This is because you are likely to strike these vehicles from the side or rear, which may increase your risk of being seen as liable for the crash by someone who didn’t see it happen. It is also in your best interest to look for oncoming vehicles before pulling out into traffic yourself.

After a car accident, it’s important to stay calm, say as little as possible and seek treatment for your injuries. Once you have had a chance to process what has happened, it’s generally in your best interest to contact a personal injury attorney. He or she may be able to craft a legal strategy designed to help you obtain a favorable outcome in your case.