What To Do if You Crash Your Car into a Building? 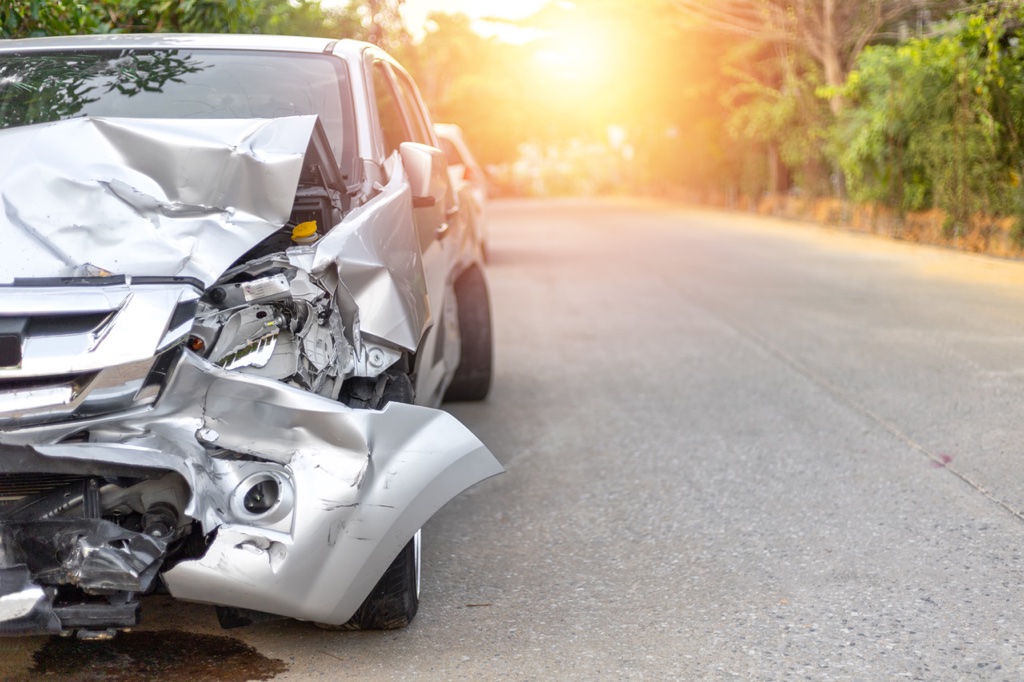 It’s unlikely that you will ever drive your vehicle into a building. However, if you ever find yourself in such a situation, it’s important that you know what the law expects you to do. The first thing that you need to do after any type of car crash is to stop where you are, check for injuries, and call for assistance. As a general rule, it’s a good idea to refrain from speaking to anyone else who may have been involved with the accident or who may have witnessed it happen. Instead, wait for the police to arrive before making any type of statement.

You Should Assume That You’ve Been Hurt

If your car crash was caused by another party’s negligent behavior, you may be entitled to compensation for any injuries that you incur in the wreck. However, this may only be true if you seek medical attention in a timely manner. Furthermore, you could undermine your chances of obtaining compensation for medical bills, pain and suffering, and other damages by telling others at the scene that you’re not hurt.

It’s worth noting that you will likely feel little pain in the first few hours after a crash. This is because your body is full of adrenaline that is helping to mask the true extent of your injuries. Therefore, you won’t necessarily know if you experienced whiplash, a broken bone, or a concussion for days after an accident happens. In some cases, it can be weeks before you know the true extent of any head injury sustained in an automobile wreck.

Get Out of the Building Immediately

You should not stay in your vehicle after driving it into a home, grocery store, or commercial office building. This is because a collision could result in a gas leak that may cause a fire, an explosion, or both. Furthermore, damage to a structure could make it unstable and liable to collapse with little warning.

When the police arrive at the scene of the crash, they will likely ask everyone inside to get as far away from the damaged home or office building as possible. Authorities will also call the local utility company for assistance if there is a gas, electric, or other serious problem that needs to be addressed right away.

Report the Car Crash to Your Insurance Company

State law generally requires motorists to report accidents to their insurance companies within 10 days. However, it’s generally in your best interest to do so within 24 hours. After filing an accident report, your auto coverage provider will conduct its own investigation into the crash. You will likely be asked to provide a statement as part of that investigation. It’s important to note that you are generally not required to provide a statement to insurance companies representing other parties in the matter.

Who Pays to Repair a Damaged Structure?

Generally speaking, you’ll be liable for any damages that car crash victims incur as the result of your negligence. Therefore, you will likely be responsible for helping a property owner repair his or her home, condo, or office building. However, there is a chance that your auto insurance policy will help to cover some of the expenses related to a car crash. There is also a chance that a victim’s own insurance policies will contribute a portion of the cost associated with fixing a damaged structure.

How Does the Law Determine Who Is Responsible for a Car Crash?

There are a number of factors that go into determining who may have acted in a negligent manner prior to a car crash. For instance, if you were driving while impaired at the time your vehicle collided with a building, you will likely be held responsible for causing it to occur. The same may be true if you were operating a motor vehicle while extremely fatigued, while using a cellphone or while driving too fast for road conditions.

In some cases, multiple parties will have played a role in causing an accident, and in these instances, they will each be responsible for a percentage of any damages related to the wreck. For instance, let’s say that you were driving home from work after completing an overnight shift. On the way home, you swerved off of the road and struck someone’s house.

In such a scenario, you could be negligent for driving despite the fact that you haven’t slept in almost 24 hours. However, let’s also say that you lost control of your vehicle because it hit debris on the road that was left behind by a construction crew hired by the homeowner.

Ultimately, the construction company might be negligent for creating dangerous conditions on the road. Depending on how the debris ended up in your path, the homeowner could also be responsible for a portion of the damages incurred in the accident.

Are You Entitled to Damages If You’re Partially Liable for a Collision?

Most states use a comparative negligence system when determining who is entitled to a financial award following an accident. In a pure comparative negligence system, you’re entitled to collect damages to the extent that the other party was liable for the accident. For instance, if you were 30% liable for the crash, you would be able to obtain 70% of any damages incurred in the aftermath of the wreck.

In a modified comparative negligence system, you aren’t entitled to anything if a jury decides that you’re more than 50% responsible for a wreck. Therefore, if you are found to be 49% liable for a crash, you can collect 51% of any financial award obtained through settlement talks or after a formal trial. However, if you were found to be 51% liable, you wouldn’t collect anything from other parties involved in the case.

Collect as Much Evidence as You Can from the Car Crash

In the immediate aftermath of a car wreck, it’s in your best interest to take pictures, collect video footage and obtain witness statements. If witnesses aren’t available to talk at the crash scene, you should get their contact information so that they can be deposed at a later date.

If your car crashed through a commercial building, there is a good chance that the incident was captured on a security camera. There is also a good chance that anyone who witnessed the collision took footage of the wreck on their phones or dashboard cameras.

In the event that other drivers were involved in the accident, be sure to get their names, phone numbers, and insurance information. The officer who arrives at the crash site can help obtain these items on your behalf if you don’t feel comfortable interacting with another motorist.

You’ll also want to get copies of a doctor’s note, discharge paperwork, or other medical records related to the crash. The contents of an injury journal might also be useful in determining the exact size of any financial award that you might be entitled to.

An attorney may be able to use the evidence that you’ve collected in an effort to help you obtain a favorable outcome in a car accident case. For instance, he or she may use video evidence to prove that your vehicle collided with a building after swerving to avoid another car driving the wrong way on the highway.

A legal adviser might also assert that the collision occurred because a defective part caused you to lose control of your truck. An attorney may use maintenance records to prove that you had properly maintained your vehicle prior to the accident. Maintenance records might also be used to bolster the assertion that a mechanic’s error resulted in the defect that caused the wreck to take place.

Your lawyer might also solicit testimony from expert witnesses who may be able to create a narrative explaining why you shouldn’t be held liable for a crash. The witness may argue that poor road conditions, inclement weather or other factors outside of your control caused a wreck to occur.

In addition to representing your interests while your case is pending, a legal adviser may represent you during the appeals process. It isn’t uncommon for the party who received an unfavorable verdict in a car accident case to ask a judge to invalidate it.

If your car collides with a building, it’s generally in your best interest to stop at the scene, seek treatment and then contact an attorney. Stopping at the scene may prevent you from acquiring criminal charges in what might otherwise be a civil matter. Seeking treatment as quickly as possible can ensure that you are able to go back to work, enjoy life with your family or otherwise live a normal life. Obtaining an attorney may make it easier to prove that someone else was responsible for causing a crash that caused damage to private property.