What are the deadliest highways in Texas? 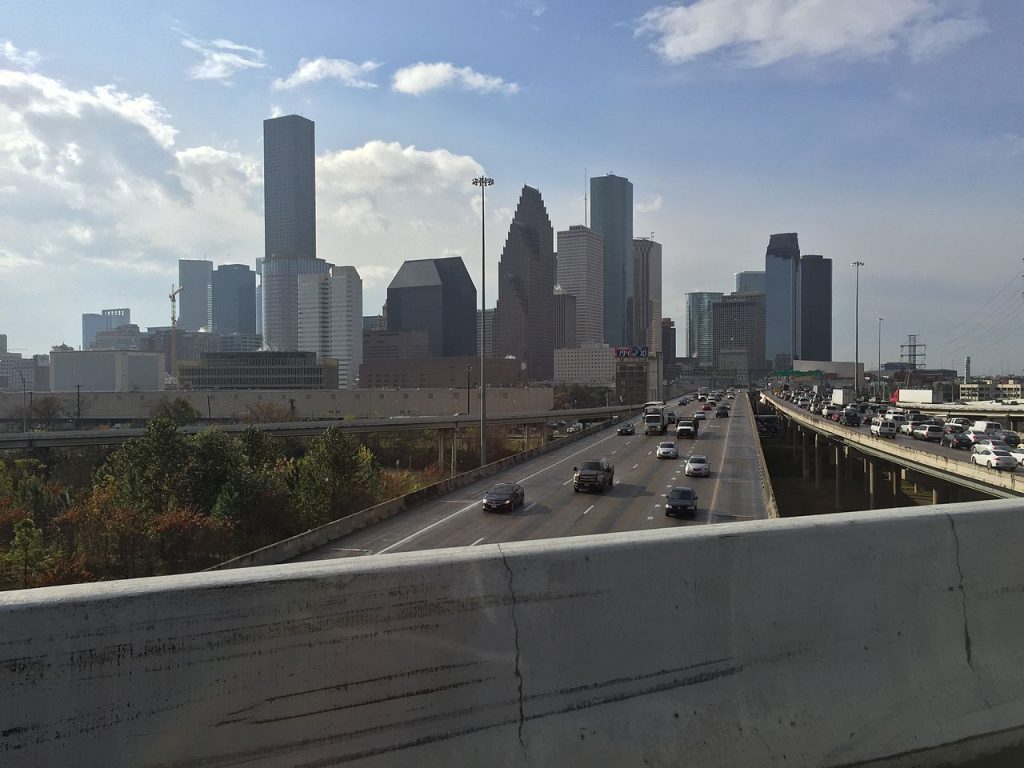 As the largest state in the lower 48 states, Texas has 675,580 miles of highway crisscrossing its land. Many people drive on one of the state’s 77 highways every day. According to the Insurance Institute for Highway Safety, 3,305 fatal crashes that caused the deaths of 3,642 people happened in Texas in 2018 alone. The Texas Department of Transportation reports that 249,652 people were injured in crashes during that year. In 2019, the Texas Department of Transportation reports that 3,610 people were killed in traffic collisions, and 57% of the deaths happened on interstates, U.S. highways, and state highways. Some stretches of the highways running through the state are deadlier than others. The following areas of interstates and highways in Texas had the greatest number of fatal accidents during the three years from 2013 to 2015.

#1: Interstate 69C near the University of Texas Rio Grande Valley

According to a survey by Value Penguin, I-10 ranks among the most dangerous roads in the U.S. While I-10 crosses the state of Texas, the stretch running through Harris County is particularly dangerous. From 2010 to 2016, 585 fatal accidents caused the deaths of 676 people on I-10 in Harris County. Out of these fatal crashes, 44% were caused by drunk drivers.

Harris County also is home to another interstate, I-45, that is considered to be among the most dangerous roads in the U.S. and the deadliest in Texas. This interstate runs between Galveston and Houston before heading up to Dallas. According to the U.S. Department of Transportation, 288 fatal accidents resulting in 320 deaths occurred on this stretch of I-45 from 1994 to 2008. Part of the reason that I-45 in Harris County is so dangerous is that it runs through one of the state’s most populous regions and is heavily traveled.

From 2013 to 2015, the 11 miles of I-45 stretching between Tidwell Road and the I-610 Loop saw 46 fatal accidents causing 50 deaths from 2013 to 2015. Traffic congestion in this area has been identified as the primary contributing factor to the number of accidents that occur. Because of the dangerous conditions, TDOT has requested $3 million to make improvements to this stretch of I-45.

Interstate 35 is a major road in Texas, covering 400 miles across the state. Between 2010 and 2014, 290 people died in traffic collisions in Texas on I-35. Certain portions of I-35 in Texas are deadlier than others. In 2012, I-35 through Dallas experienced 63 deaths. Other particularly dangerous stretches of I-35 in Texas include the northern portion of I-35 in Fort Worth and the southern portion of I-35 in Cotulla. In 39.5% of the fatal collisions along this portion of I-35, alcohol was a contributing factor. Another contributing factor to the high number of fatal accidents is frequent road construction projects. Pileups and serious accidents sometimes occur on I-35 because of people not being attentive in construction zones.

On the northwest side of the I-410/I-35 loop in San Antonio, 46 fatal crashes resulted in 50 deaths. This stretch runs for 14 miles and is among the most dangerous highways in Texas.

There are multiple dangerous stretches of Interstate 20, and three of these stretches are located in Odessa. From 2013 to 2015, 100 people were killed in 81 fatal accidents on I-20 in Odessa. Some of the contributing factors of the fatal accidents included drug or alcohol impairment, distracted or inattentive driving, and inexperienced tanker truck drivers working for gas and oil companies.

According to Value Penguin, I-20 is among the most dangerous interstates in the U.S. The stretch that runs through Dallas County had 490 fatal accidents causing 594 deaths from 2010 to 2016. Out of the collisions that happen on I-20, 44.5% are caused by drunk drivers.

More drunk driving collisions happen on I-40 in Texas than on most other highways. Among the accidents that happen on I-40, more than half involve drunk drivers. Interstate 40 also experiences a high number of fatalities because of the lengthy wait times for emergency responders. When accidents happen on I-40, people have to wait an average of 28 minutes for help to arrive.

Between San Antonio and Austin, State Highway has an 85-mph speed limit. While many drivers enjoy the ability to drive faster on this road, traveling at higher speeds makes it much likelier that drivers will lose control of their vehicles and have catastrophic accidents. While having an alternative to driving on I-35 with its heavy traffic is appealing to many drivers, traveling at 85 mph increases the risks of serious traffic collisions.

State Highway Loop 1604 encircles San Antonio to provide a convenient way for people to get to their destinations quickly without having to drive through the city. Unfortunately, this stretch of the highway experiences a large number of accidents. In 2011 alone, 232 accidents happened on State Highway Loop 1604. A major problem is the road’s design. At the end of the expressway, there is an immediate stop that forces drivers to come to a halt.

Route 285 runs through the Permian Basin and connects Pecos, Texas to Carlsbad, New Mexico. West Texas oilfields use Route 285 to transport supplies. The presence of a large number of trucks traveling on Route 285 increases the risks of serious accidents. In 2017 alone, 93 people were killed in Texas in traffic collisions on Route 285. This was an increase of 43% from the number of people who were killed on Route 285 in 2012.

Route 285 may also not have the proper infrastructure to handle the number of vehicles and heavy loads that are transported on it. To try to reduce the risks, the speed limits have been lowered and more troopers are monitoring the road. However, the number of fatalities continues to increase. Trucks used by oilfields may also not be maintained well, increasing the chances of accidents because of part failures.

U.S. Highway 83 has been ranked as among the most dangerous roads in the state by the Houston Chronicle. This highway stretches from the Rio Grande Valley and McAllen. Between 2010 and 2014, 135 people were killed in accidents on this highway, and 55.6% of the accidents that occurred were caused by drunk drivers.

Factors that contribute to accidents on dangerous highways in Texas

In addition to traffic congestion and drunk driving, several other factors contribute to the high number of accidents that occur on the most dangerous highways in Texas. Some of these factors include the following:

Get help from an experienced car accident lawyer in Huntsville

If you were seriously injured or lost a loved one on a highway in Texas because of the actions of a negligent person or entity, you have the right to file a personal injury or wrongful death lawsuit to recover compensation for all of your losses. Drivers in Texas are required to exercise caution and to act reasonably when they drive. This duty includes the duty to pay attention to the roads and to obey all of the state’s traffic laws. Negligent drivers can make traveling on the highways even more dangerous.

The attorneys at Haney Paschal & Romoser, P.C. have more than 33 years of combined experience helping negligence victims to recover compensation for their losses. Our car accident attorneys rely on their extensive experience, litigation skills, and knowledge of the laws to help the victims of negligence to recover fair and full compensation for their losses. Contact us today to schedule a free consultation by calling 936.295.3712.