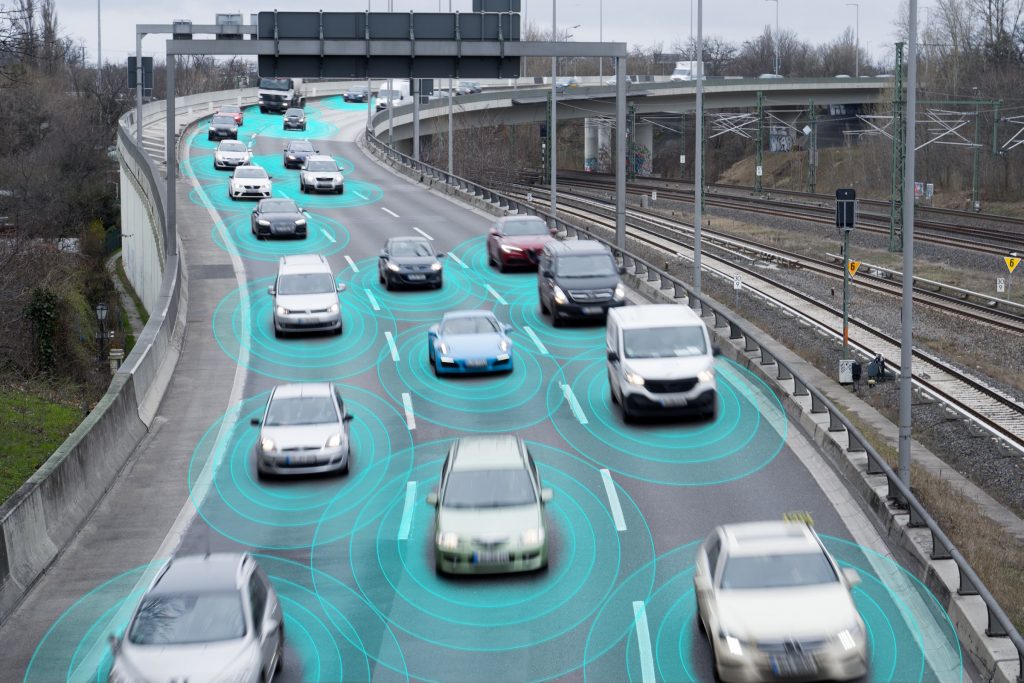 If there’s ever a good time to get defensive, it’s when you’re behind the wheel. Fancy infotainment systems, scent systems and seat massages have made it easier to chill out during a commute, but never stop reminding yourself that roadways are dangerous. Follow these defensive driving tips for getting home in one piece.

Defensive Driving Tip 1: Get to know your vehicle.

Getting a new set of wheels is a heady experience for drivers of all ages. When people are raring to hit the road, the last thing they want to do is read through a tedious owner’s manual.

Doing so, however, could make all the difference in their safety.

Sports cars and SUVs drive nothing alike. Models fresh off the assembly line have completely different capabilities and features from models introduced just a few years ago.

Read up on your vehicle’s engine, transmission, tires and brakes. Familiarize yourself with all the bells, whistles and safety features. Don’t jump behind the wheel until you know how to operate the heating and cooling system, adjust the mirrors and play music.

The National Highway Traffic Safety Administration reports that more than 37,000 Americans died in motor vehicle crashes in 2017. Forty-seven percent of them weren’t wearing a seat belt. According to the Texas Department of Transportation, buckling up improves survival rates for front seat passengers in a crash by 50 percent.

If those statistics don’t impress you, a fine of up to $250 might. Obeying the law could save you money and save your life.

Spouses snipe at each other over driving mistakes. Kids kick each other in back seats. Drinks spill. Insects find their way in.

None of that can distract you when you’re operating a potentially lethal weapon, especially one that’s carrying highly flammable, explosive fuel. Distracted driving recently surpassed speeding and drunk driving as the leading cause of crashes in the U.S.

Back in the day, parents warned their teenagers about messing with the radio or eight-track tape player. As technology advances at breakneck speed, cars have more features than ever to distract drivers.

Mobile phones might be the most dangerous items in cars. The National Safety Council blames phones for 1.6 million crashes every year. One in 4 is the result of texting and driving.

Pull into an area out of traffic to place calls, receive calls or send texts. It could mean the difference between life and death.

Many cars and trucks now accelerate to 65 mph in around eight seconds. Even law-abiding drivers can reach speeds of 80 or 85 before they realize it.

Deliberate speeders who rack up tickets — and sky-high insurance bills — are rarely on their way to an emergency. They don’t necessarily want to get to their destination faster. They just have more fun when they’re speeding.

What most chronic speeders don’t understand is that speeding, weaving around other motorists, and passing from the wrong lane are aggressive driving behaviors. Many speeders who live to tell about it don’t even realize that they caused an accident in their wake.

Respecting the speed limit is one of the top ways to drive defensively.

While you’re at it, practice driving at a smooth, steady pace. Gently accelerate and decelerate. Minimize steering. You’re less likely to overreact if you have to make a quick decision to avoid a crash.

You probably wouldn’t dream of driving after downing a few martinis or taking a pain pill, but even over-the-counter cold remedies can impact reaction times. Marijuana’s effects also cloud judgement and do a number on motor coordination. Any amount of marijuana in your system is enough to prompt a DWI investigation.

Texans who are pulled over while intoxicated face a bleak future. Texas has some of the toughest DWI laws in the country, and the law doesn’t differentiate between legal and illegal substances.

You can drive legally with a blood alcohol level of less than 0.08 percent, but should you? Is it worth heavy fines, jail time or worse?

Health entities like the Centers for Disease Control and Prevention insist that there is no safe amount of alcohol for driving. Reduce risk by using a ride-share service when you plan to drink.

The NHTSA reports that rear-end collisions account for almost a fourth of all crashes. Annually, around 2,000 people die and 950,000 are injured in such accidents. Most rear-end crashes are the result of tailgating.

Three things happen when drivers tailgate: They reduce stopping distance, they reduce reaction time, and they limit their line of vision.

Pick an inanimate object up ahead beside the roadway. When the car in front of you passes it, start counting seconds until you pass the same object.

Mind you, these guidelines are for light traffic, excellent roads and dry weather. Always adjust for poor roads and rain, snow or ice.

If you’re being tailgated, slamming on the brakes is the worst thing you can do. You could end up in traction or become a victim of road rage.

Here’s a better course of action:

This should go without saying, but red-light running has almost become the new norm at busy intersections. Even soccer moms toting kids around routinely roll through neighborhood stop signs.

Per capita, Texas is the sixth deadliest state for crashes involving red-light scofflaws. Texas AAA data indicates that two people per day are killed. They include drivers, passengers, cyclists and pedestrians.

Stop on red. Don’t race the yellow light. If sunlight glare interferes with your ability to make out colors at a certain intersection, take a different route.

Compared to other states, according to a recent poll cited by CBS Austin, an alarming number of Texans admit to road rage.

There’s no specific offense mentioning road rage in Texas, but charges stemming from it may include criminal mischief, reckless driving, discharging a firearm or deadly conduct.

Losing your temper on Texas roads could get expensive. An insurance agent interviewed in the CBS story said that premiums go up $730 per year on average. Incidents stay on your record for three years.

If you’re on the receiving end of road rage, follow these tips:

Your main focus should obviously be on the road before you, but train yourself to continually check your rearview and side mirrors. Be aware of who’s immediately around you, especially the teenager applying makeup or the motorcyclist driving without a helmet.

Speed up or slow down slightly if you suspect another driver is in your blind spot. Don’t linger in other drivers’ blind spots. If you can’t see them in one of their mirrors, then they can’t see you.

Keep watch as far down the road as possible. You’re looking for things like vehicles suddenly swerving or a sea of brake lights glowing all at once.

These could indicate road debris, an accident, construction, a police officer wielding a radar gun, or some other issue you’ll soon have to navigate. Stay watchful to avoid unpleasant surprises.

“Never assume” doesn’t apply on the road. Feel free to make assumptions about other drivers.

Assume the driver exiting the parking lot of a seedy bar at 2 a.m. is drunk. Assume the pickup driver roaring up the entrance ramp will force you to slam on your brakes if you don’t slow down.

Your assumptions don’t have to be on target, but make them anyway. They’ll keep you safer.

You can’t expect other drivers to read your mind. If you don’t let them know your plans, you’re just asking for a collision.

Signals are especially important when you’re being tailgated or when you want to move into a lane in front of a driver who can’t slow down quickly. Examples include truckers, school bus drivers and Texans hauling horse trailers.

Watch for other drivers’ signals, and have a heart. Everybody has to get on I-45 in the morning. Everybody almost misses an exit now and then.

Courteous driving is a huge part of defensive driving. This is the Friendly State. Give fellow motorists a break.

A surprising number of drivers don’t know how to yield. Many insurers say that men, for some reason, are worse at it than women.

Here are a few rules to refresh your memory:

It’s a free for all at many four-way-stop intersections, but it needn’t be. Drivers should proceed through the intersection in the order in which they arrived. When two cars reach the corner simultaneously, the driver on the left should yield to the one on the right.

Many a car collision occurs when people are unsure about who yields or when one driver barrels through first regardless. It pays to always assume that you’ll be the only one to yield.

Finally, spring for a vehicle with a high safety rating. Driver-assist features on newer cars include lane departure warning, blind spot warning, adaptive cruise control and collision alert. They’re nice to have on busy Texas roadways, and you might even get a break on your car insurance.

That having been said, even the smartest technology is no substitute for alert, defensive driving.